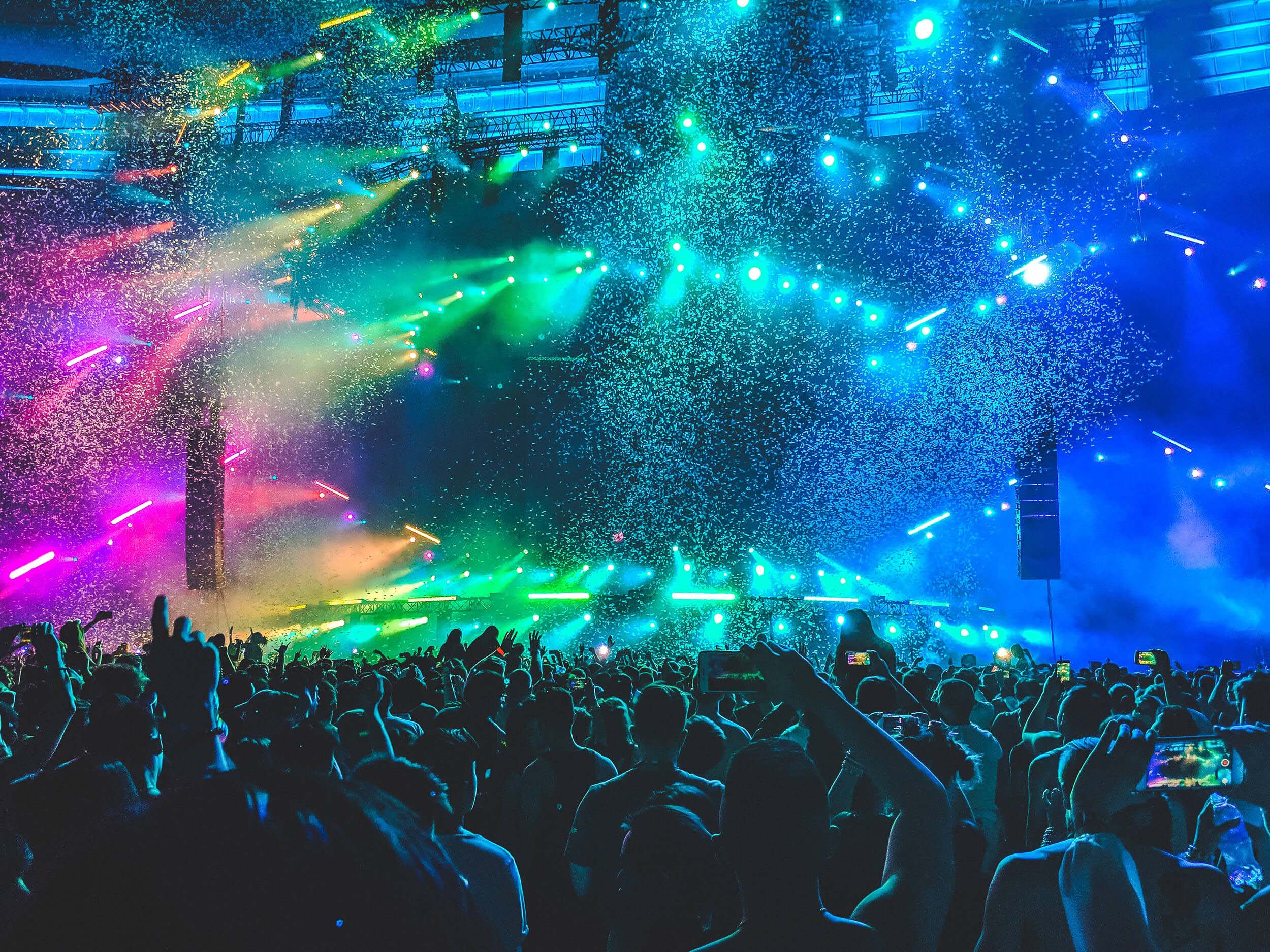 A Luxury box (also referred to as a luxury suite, corporate box, corporate suite, executive box, sky box or a private box) is a special private seating section located within stadiums, arenas and other sporting and entertainment venues. They are typically located in the midsection of a stadium grandstand, usually providing the best views of the event. Some have glass panels that can be opened, in order for the spectators to feel closer to and more immersed in the action of the event.

Luxury suite ticket holders often receive exclusive access to an indoor part of the venue through private club entrances, to areas containing special restaurants, merchandise stands, and lounge areas of the venue that are not otherwise available to regular ticket holders.

Born and raised in New Jersey, the Jonas Brothers made music a family affair with their debut album, It’s About Time, in 2006.  Already signed with a record label, Kevin, Nick, and Joe spent most of the previous year touring the country with other famous acts and gaining popularity. From Nickelodeon to the Disney Channel, the Jonas Brothers were establishing a fan base that would follow them for more than 15 years and counting.

Billboard hits, major awards, and television appearances were a part of life as these three brothers enjoyed critical acclaim and the praise of their adoring fans. Pumping out albums and touring the country, the Jonas Brothers were on top of the world.

Taking a hiatus to focus on solo careers, the brothers went their separate ways for a time in 2011. They attempted to create a new album in 2013, but creative differences led to the group disbanding.

In early 2019, to the delight of their fans around the planet, the Jonas Brothers announced that they would be making a comeback. Releasing a new single in March and another in April, the group was ratcheting up the anticipation of their new album, Happiness Begins, was released in June of 2019. More about the Jonas Brothers can be found by clicking here.

Kevin, Nick, and Joe are gearing up for their epic shows and LuxuryVIPSuites.com has the best inventory in the marketplace when it comes to luxury suites for these memorable concerts. Lock up your suite today by contacting us for an amazing Jonas Brothers luxury suite.

Please call 610-828-7407 or email us direct at sales@luxuryvipsuites.com to discuss luxury suite pricing and configurations for the Jonas Brothers concerts or how we can market your luxury suite to our corporate clientele in your city.

If you own a Jonas Brothers suite, we can market your luxury suite for the dates you choose not to use or are unable to attend.

This is a great opportunity to offset much of your suite expense which you incur each year. You have thousands of dollars just sitting there – no Jonas Brothers concert should go unused.

Benefit from extra revenue with LuxuryVIPSuites while helping out a corporate group that needs to entertain clients at a concert in your Jonas Brothers suite.